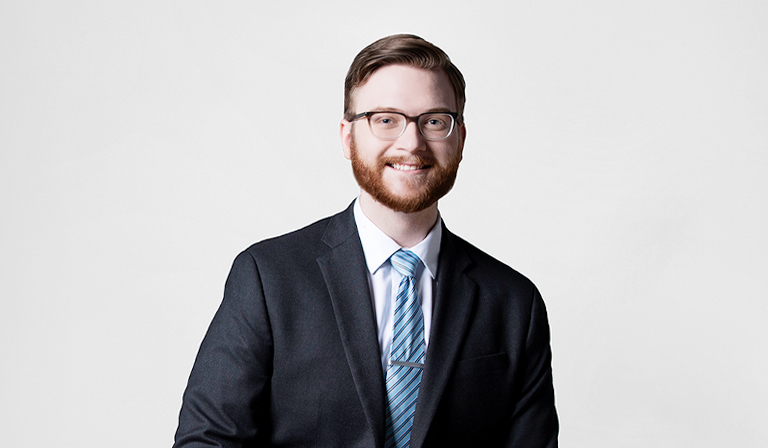 Whether auditioning for entrance to a prestigious music conservatory after high school, graduating with honors from law school, or becoming a valuable associate at Amy Stewart Law, Jeff sets his sights high and works tirelessly to achieve his goals. After graduating from Northeastern University in Boston with a dual degree in Political Science and Business Administration, Jeff returned to Texas to study law at SMU Dedman School of Law, where he rediscovered a passion for writing and quickly made a name for himself as a talented and meticulous legal researcher.

Jeff pursued opportunities throughout law school to strengthen his research skills. He worked as a Faculty Research Fellow with the law library, handling research projects for various faculty members on topics such as e-discovery and administrative law. He served as a research assistant to Professor Jenia Turner, editing her criminal procedure case book and assisting her with several journal articles. Jeff was a staff editor on the SMU Law Review before spending his final year of law school serving as the Managing Editor of the Journal of Air Law and Commerce. Jeff also had the rare opportunity to work as a judicial intern for three different federal judges. One of the most rewarding opportunities Jeff had during law school was acting as a student attorney for the Child Advocacy Clinic, where he determined the best interests of abused and neglected children in Dallas County and represented them in court.

Jeff is interested in classical music and attended the New England Conservatory of Music as a tenor for a semester before beginning his undergraduate studies at Northeastern University. While he hasn’t performed much since leaving the Conservatory, he still enjoys attending an occasional opera or symphony, and hopes to perform in a symphony chorus again someday. A self-proclaimed nerd since elementary school, Jeff has an exhaustive knowledge of Star Wars trivia which he tries to put to good use in pub trivia outings with his friends.