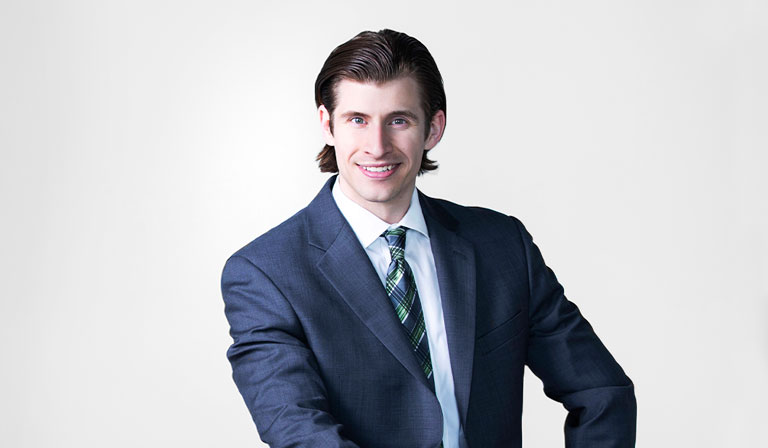 Robby has always been ahead of the curve. After entering college with almost 60 credit hours earned in high school, Robby graduated early from the University of Texas with highest honors before spending a year working for his state representative and completing a public interest law fellowship. His next stop: Harvard Law School.

Robby is known for his tenacity and exceptional writing skills, as well as his ability to anticipate and answer even those questions that haven’t been asked. He has worked at both public interest and private firms, gaining a wide range of experience through handling transactional, litigation, and pro bono matters. His extraordinary attention to detail and affinity for problem-solving, combined with his ability to quickly master complex legal issues, make him an invaluable asset to the Amy Stewart Law team and its clients. His economics background informs his understanding of insurance as a business and helps him craft solutions for the firm's clients.

Robby is an avid musician. A former high school drum major and member of the Longhorn Band in college, he founded a rock band in law school called “Learned Band.” He recently performed in Bar None, an annual musical variety show sponsored by the Dallas Bar Association and Dallas Bar Foundation, which raises funds for the Sarah T. Hughes Diversity Scholarship at area law schools. Robby also recently rediscovered his knack for running, placing third in his age group at his first ever 5K, the 2019 Heart and Sole event sponsored by Attorneys Serving the Community.

B.A., The University of Texas at Austin, Economics and Philosophy, 2012, with Highest Honors

U.S. Court of Appeals for the Fifth Circuit

U.S. District Court for the Northern and Eastern Districts of Texas

Prior to joining Amy Stewart Law, Robert worked at Pacific Legal Foundation in Sacramento, California. While there, he worked on a variety of constitutional and administrative law issues in the firm’s individual rights, property rights, and environmental regulation practice areas. He also held summer positions at the Cato Institute and Locke Lord.