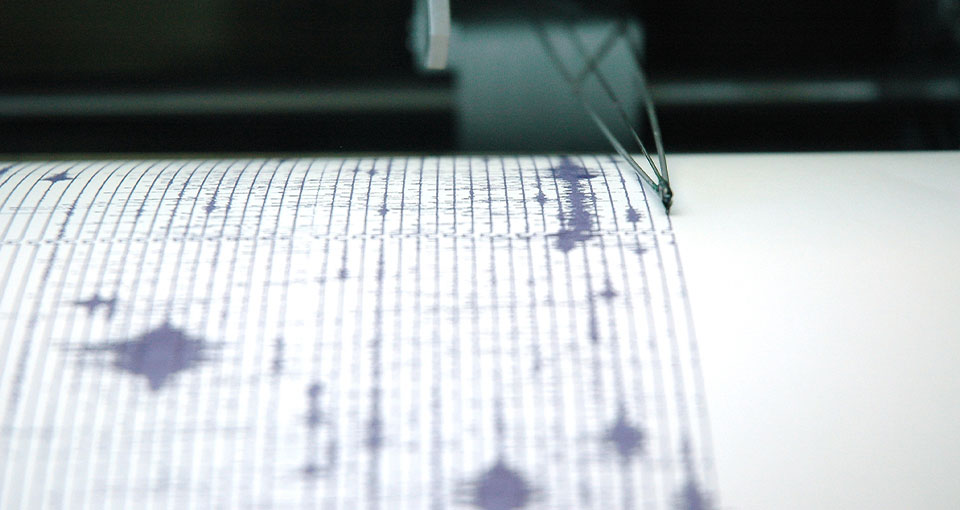 The Fault with Insurance ::  No Coverage for Earthquakes under Standard Homeowners Policy

I was recently playing “dinosaur battle showdown” with my 5-year old twin boys. Pachycephalosaurus verses Titanosauraus – a real barnburner. For those of you blessed enough to raise boys, you know that every action comes complete with sound effects. Between the head-butting Pachycephalosaurus and the ground-pounding Titanosaurus, last night’s battle was particularly raucous. In the background, my Pomeranian was frantically running in circles and barking, which I thought was a little odd; but then again, she is a bit high-strung.

Dinosaurs in place, we were just getting ready for another round when we felt, and heard what sounded like a clap of thunder, followed by a deep, low, guttural rumbling in the ground. It lasted for less than a minute, but before it was over I had two boys scrambling over one another to get in my lap. No complaints on my end. Aiden, younger than his brother Ethan, “but only” in his own words, “by four and a half minutes” asked: “Do you think it’s a Titanosaurus”?

Well, of course it wasn’t, although we were just as surprised to discover that what we heard was, of all things, an earthquake. An earthquake in Dallas? Yes, an earthquake.The twenty fifth, as a matter of fact, since October, and the eighth of a total of 11 suffered in a 24-hour period. Later, after reading up on earthquakes, the boys decided that the sound we heard might be close to the sound a Titanosaurus made when dinosaurs walked the earth. Fun to contemplate, but that’s about as close to the truth as I care to get. Herbivores good; carnivores bad.

After the boys went to sleep I did some additional research to determine whether residential property owners in the area had suffered any damage as a result of the recent quakes.  Representing policyholders, my interest stems from the fact that most homeowners policies do not cover damage caused by earthquakes – or more precisely, earth movement. And, because earthquakes are historically uncommon in Texas, most residential property owners do not give this a second thought. However, the past two months, coupled with the increased hydraulic fracking activity in Texas may indicate a trending change. The recent quakes, measuring from 1.6 – 3.6 on the Richter scale, are significant enough to cause visible property damage, or more alarmingly, foundation damage that may not be immediately discoverable.

There are currently over 30 different types of homeowners policies available for use in Texas. The three most common are the HO-A, the HO-B, and the HO-C. Before 1997, most homeowners had the HO-B policy form. The HO-B is a comprehensive “all risk” policy that provides replacement cost coverage for all perils unless specifically excluded. Damage caused by earth movement, however, is one of the things excluded. In 1997 legislation was passed that allowed insurers to vary the forms. Now, despite the fact that Texas homeowners’ insurance rates are among the highest in the nation, most homeowners purchase the less expensive HO-A, which is “stated-peril” policy that provides limited actual cash value coverage for fire, vandalism, theft, explosion, riot and civil commotion, smoke, windstorm, hurricane and hail and sudden and accidental water damage. Damage caused by earth movement is not one of the stated perils covered under the standard HO-A.

Again, despite the fact that homeowners are paying approximately 45 percent more for their policies now than they were in 2001, the coverage lost in the shift between the HO-B and the HO-A includes water damage from leaking plumbing, air conditioning and heating, sewage back-up, rain damage through faulty windows, roofs or doors, foundation damage cause by water, damages resulting from construction defects, damages caused by falling objects, glass breakage, collapse (except for earth movement), damages caused by freezing of plumbing or heating systems, damages caused by the weight of snow, ice or sleet and damages related to mold, fungi and other microbes. Separate coverages can be purchases for the perils that used to be covered under the standard form HO-B, and the HO-C provides coverage for many, but is cost prohibitive for the average homeowner.

The good news is, coverage for earth movement can be purchased for a relatively low premium. That’s a relief because the last time I checked there is no policy form that covers damages caused by dinosaurs. To the point, however, if the past eight weeks is any indication of what the future might hold it may be a good time to contact your insurance agent to inquire about purchasing additional coverage to protect your home.