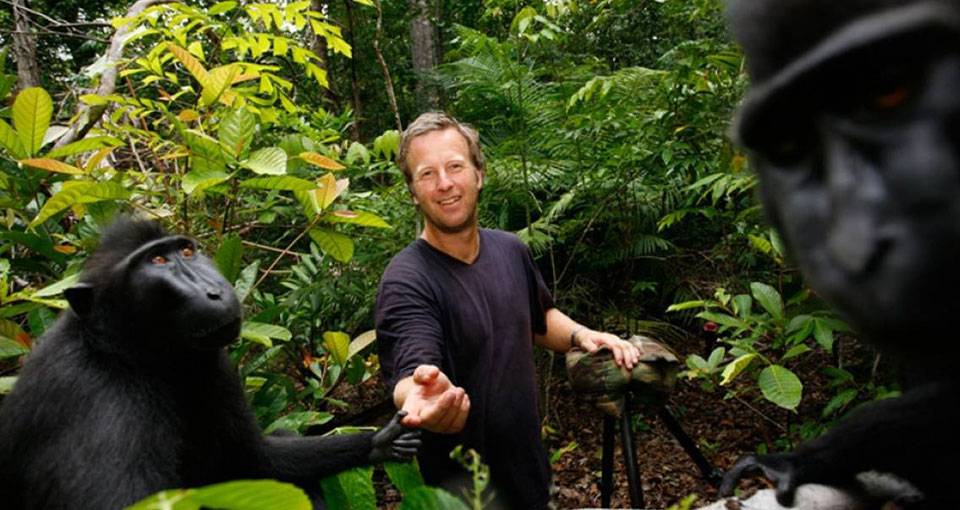 In a news article on August 7, 2014, the Washington Post discussed the thought-provoking question on everyone’s mind: “If a monkey takes a selfie in the forest, does he own it”? Take British nature photographer David Slater, to wit, who is currently gridlocked in a legal battle with Wikimedia Commons over the copyrights to a selfie taken by crested black macaque in 2011, while Slater was in Indonesia.

The now-famous photo, published below with permission, has spurred controversy as to whether the intellectual property rights belong to Slater, the monkey, or the people at large.

The battle began in earnest after the images showed up on Wikipedia, and then on Wikimedia Commons, an internet-based encyclopedia. Slater maintains that Wikimedia’s use of the photos, which are available to the public for free, have hurt his business. According to a similar article published by Reuters, Wikimedia claims that the photos are in the public domain, “because as the work of a non-human animal, it has no human author in whom copyright is vested,” and has declined to remove the photos from its website.

Equally as interesting though, is whether all this monkey business is covered by insurance. Claims for injunctive relief, which would force Wikimedia to remove the photographs, are typically not covered by standard insurance products. However, David’s claim for damages may be covered as a “personal and advertising injury” liability under Wiki’s general liability policy. And more likely than not, given that the Wikimedia is behemoth media publisher, David’s claims are covered under a specific media content or media liability policy.

Either way, we are rooting for David, and not just because Wikimedia’s claim that the photos are the property of the public domain simply because David didn’t push the button of his own camera is inherently unfair.