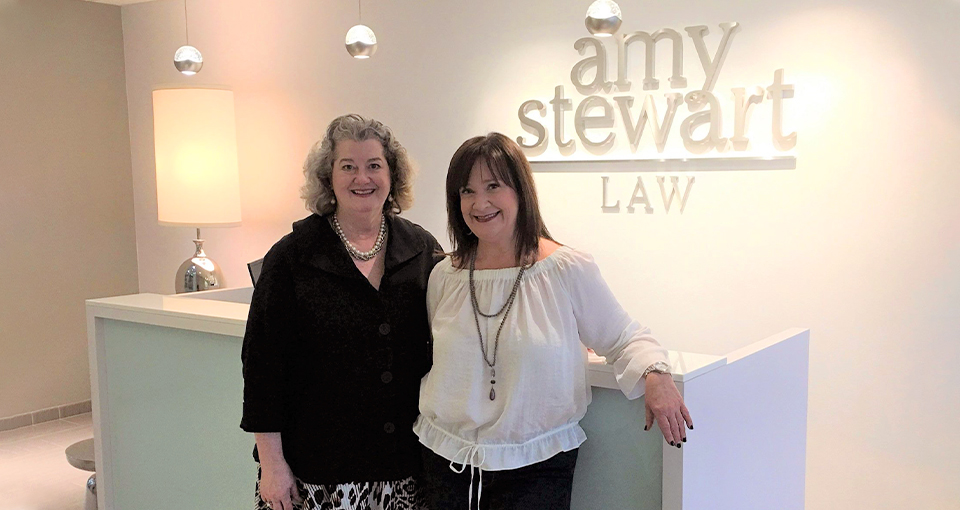 Kudos to Managing Principal Amy Elizabeth Stewart and Principal Beverly Godbey, both of whom were recognized by D Magazine’s 2018 listing of the Best Lawyers in Dallas for their expertise in insurance law.

This is Ms. Stewart’s seventh year to be named to the list and it is Ms. Godbey’s eighth year.

The D Magazine listing is the latest honor for the firm, which received a Tier 1 Metropolitan ranking for its expertise in Insurance Law by the 2018 Best Law Firms list published by U.S. News & World Report and The Best Lawyers in America.

Ms. Stewart is the author of “Texas Insurance Coverage Litigation: The Litigator's Practice Guide,” published by Texas Lawyer Books and American Lawyer Media. In addition to her D Magazine honors, she has also earned selection to the annual Texas Super Lawyers list every year since 2009, including being named one of the Top 50 Women Lawyers in Texas in 2014, 2015 and 2017. She was also elected a Fellow of the prestigious American College of Coverage and Extracontractual Counsel (ACCEC) in 2013.

Ms. Godbey chairs the Board of Trustees of the Texas Center for Legal Ethics, is a past Chair of the Board of Directors of the State Bar of Texas and a member of the American Law Institute’s Consultative Group on Principles of The Law of Liability Insurance. In recognition of her pro bono contributions, she received the prestigious Fellows Justinian Award from the Dallas Bar Foundation in 2017. In addition to her D Magazine Best Lawyers recognition, she is regularly named to Texas Super Lawyers.

To compile the Best Lawyers list, D Magazine editors solicited nominations from lawyers across North Texas. A panel of attorneys worked with the magazine’s staff to determine the final list. The complete list is featured in the publication’s May 2018 edition and is available at www.dmagazine.com.